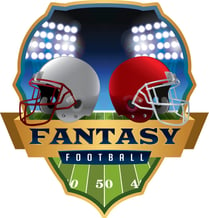 I like fantasy football for the competitive diversion it is.  But I don’t think I’m alone in saying I don’t much care about other people’s fantasy football weekend, so I propose putting that in that imaginary bucket of things not to talk about in the office.  I’m not alone in writing this, a real sports writer tackled this highly controversial topic a few years ago with a little bit of humor.  See that article here.

Football and technology have aligned nicely especially the last couple of years.  If you watch the NFL you are fully aware of the Microsoft Surface Tablet, which highly advertised during plays under review.  Here is an article from a writer from the Business Insider who compares seven quarterbacks to technology companies.

For some hardworking tech types, football was not something they knew or cared about growing up, but now that fantasy football is so prevelant in the office, they want to join in.  For someone like that, there is this article on the basics and how to get started.

There are many legal ways to wage bets or gamble in one form or another on football games, but betting on games straight up is still illegal in most states.  It’s strange that this is still the case, but according to this article from earlier in the summer, every state will perhaps allow legal gambling on NFL games at some point in the near future. Maybe some day we will hear in the wide open at the office on how much money co-workers won over the weekend on betting on the NFL games. I know we won't hear about the losses.